With so many fresh, delicious veggies and herbs available at the market, why not use them to make the chunky, savoury soup of your dreams?

I know potatoes and leeks probably aren't the first things that come to mind when you think of summer cooking, but I simply couldn't resist whipping up this recipe after picking up some leeks and potatoes from the market.

This soup is delicious, chunky, and full of local flavours. It makes a delicious dinner for sitting near an open window, feeling the evening breeze, and longing for fall weather to save us from this grueling heatwave.

Potato leek soup is typically blended so the potatoes create a thick stew-like base for the soup, but this recipe opts for chunks of potato instead. It's much easier and gives the soup a more rustic taste and feel.

This recipe was inspired by this recipe from a blog called Bacon and Vodka: http://baconandvodka.com/2019/12/31/rustic-potato-leek-soup/ I added and modified a few ingredients to allow you to taste more of what our local farmers have to offer. 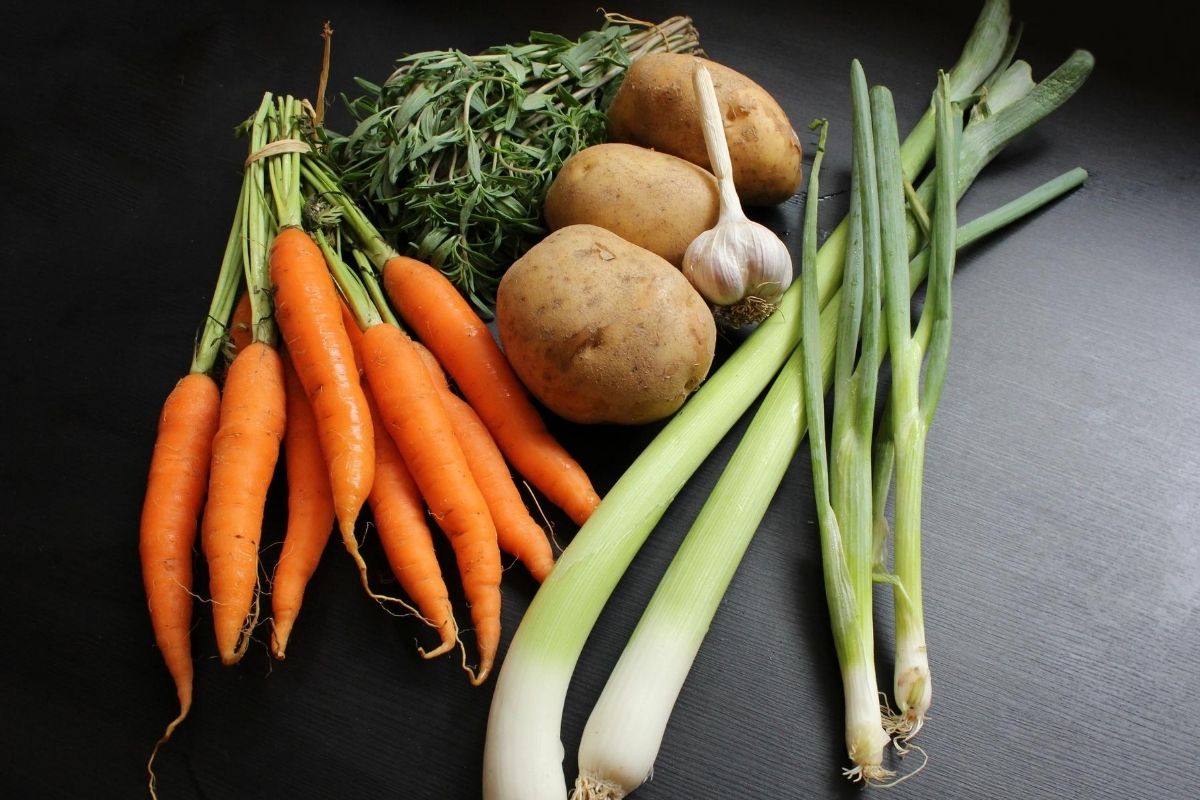 HOW TO PREPARE LEEKS

Until this recipe, I'd never cooked with leeks before! Since they are grown in soil, it's normal for the insides to have a bit of dirt in them. If you're new to cooking with leeks or need a refresher, here's how to properly prepare leeks.

I prefer to have all my ingredients prepared before I start cooking, but it's up to you.

STEP 2 - Melt 1/2 stick of butter in a large pot over medium heat. Once the butter is melted, add the leeks. Cook until the leeks are softened and fragrant, about 2-3 minutes. Then, add your minced garlic and cook for 1-2 minutes until the garlic starts to brown.

STEP 2.5 (optional) - Add 1 1/5 teaspoons of corn starch to the butter mixture for thickening. Stir it into the butter well to ensure there are no lumps. If you'd prefer your soup to be a little less thick, skip this step and proceed to step 3.

STEP 3 - Add 3 cups of chicken or vegetable stock to the pot. Then, proceed to add your potatoes and carrots, 1 tablespoon of summer savoury (I used fresh leaves from the market and they made my kitchen smell so pretty), and 1 tablespoon of parsley. If you're a fan of spices, feel free to add any other spices that you feel may add to the flavour of the soup. I also added a teeny-tiny dash of oregano, as well as salt and pepper.

STEP 4 - Bring the pot to a boil over medium heat. Once it's boiling, reduce the heat to low and let it simmer for about 20 minutes. At the 20 minute mark, check to see how tender the potatoes are. If they feel soft and cooked (go on, have a lil' taste), then your soup is almost ready!

STEP 5 - Add in 1/2 cup of half & half to the pot and stir it in well. (Fun fact: I absolutely could not find half & half anywhere before making this recipe. I settled for 1/4 cup of heavy cream mixed with 1/4 cup of 2% milk. Compromises had to be made, but I don't think it affected the soup too much, thankfully!) 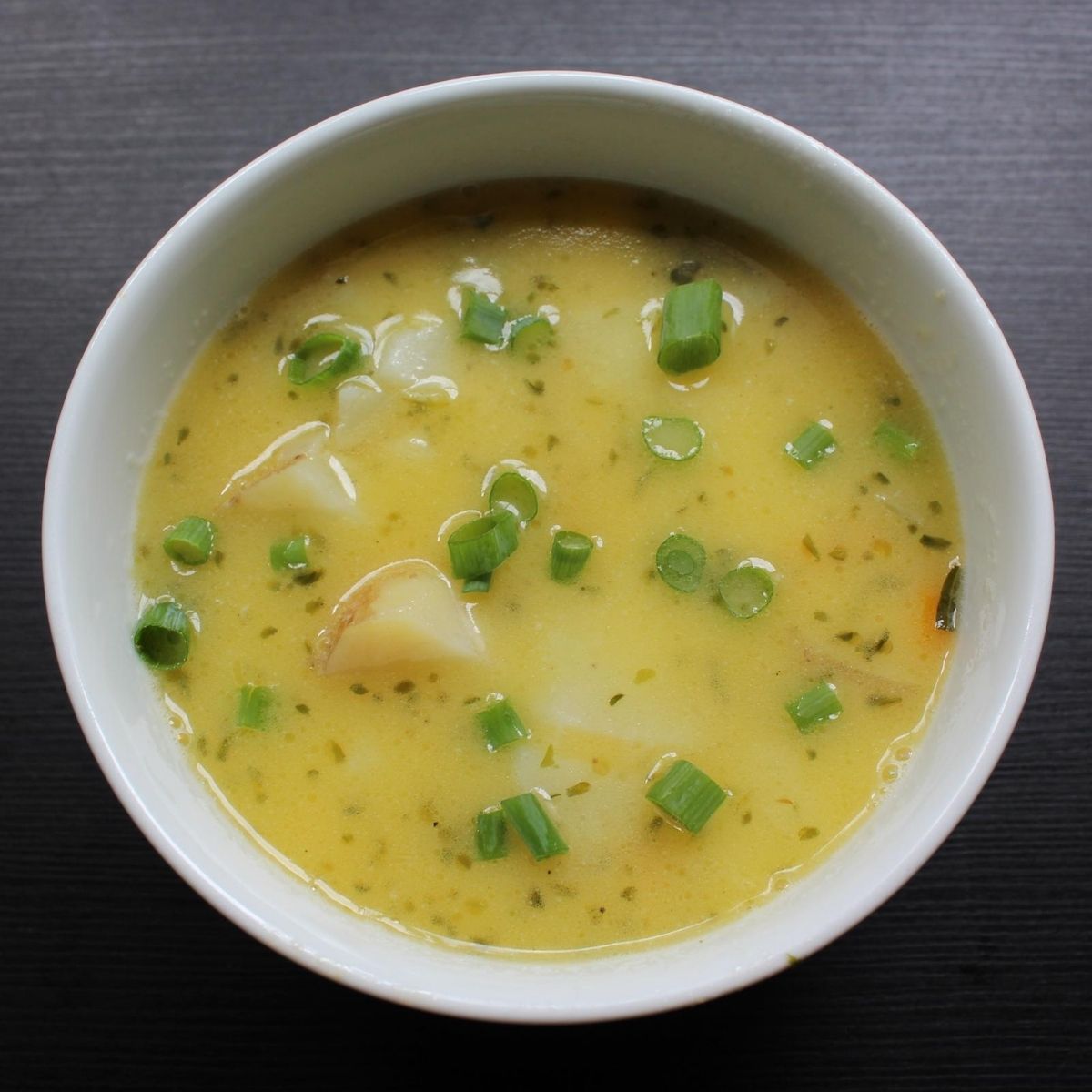