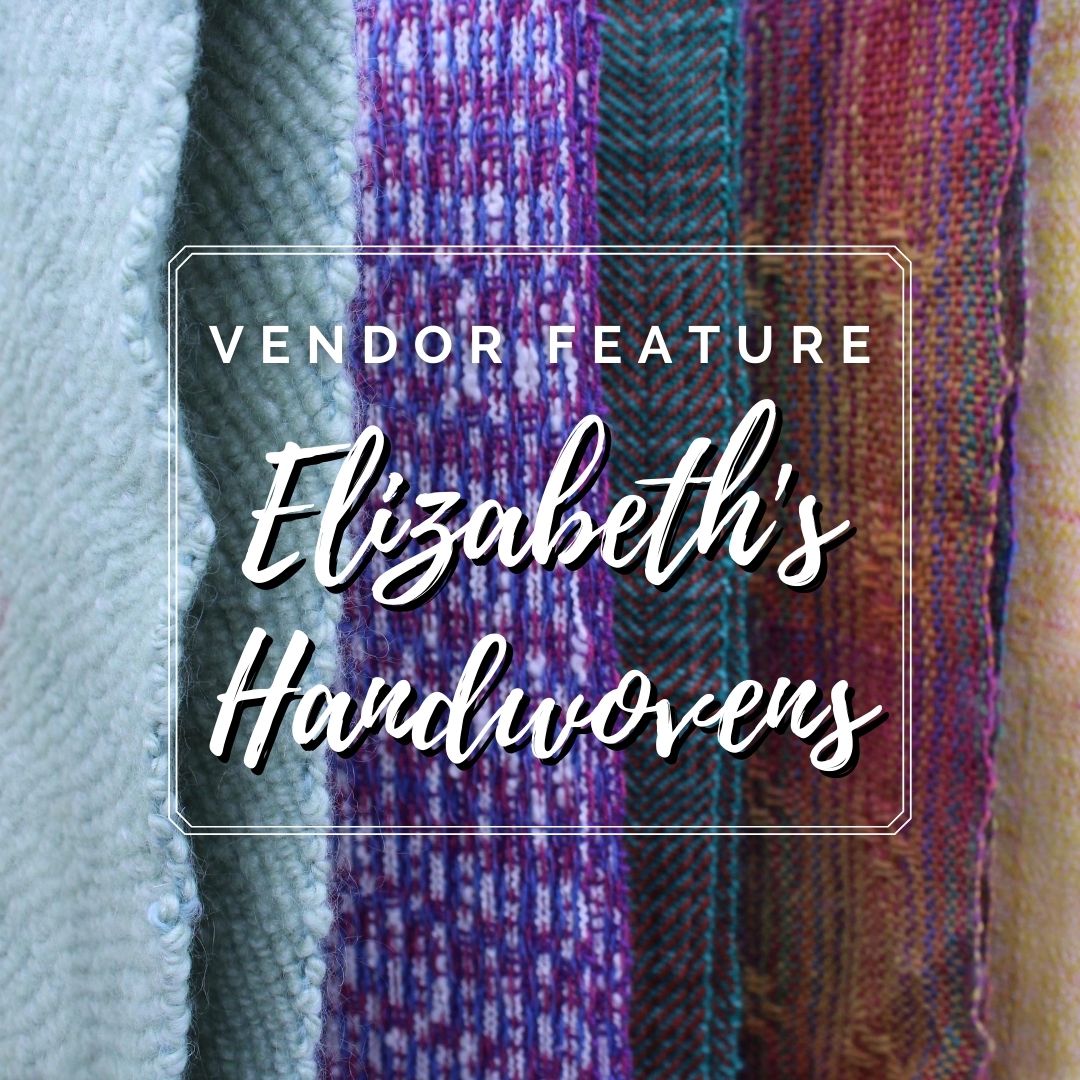 “I always wanted to weave, but time and cost of instruction and equipment were high,” Elizabeth Aulenback, the owner of Elizabeth’s Handwovens, said.

As a teenager, Elizabeth enjoyed knitting, sewing, crocheting, cross-stitching, and other activities that fall under the “fiber arts” category. In 2001, she found a used loom for sale at an affordable price. The woman selling the loom offered to loan Elizabeth some weaving books and teach her the basics. Sometime around 2004, Elizabeth began occasionally selling her pieces at craft shows, then started her Facebook page in 2012. Now, she is a vendor at the Bridgewater Farmers’ Market, both online and in-person.

Elizabeth currently owns several different looms (including two floor looms, a tri-loom, and a few tapestry looms), spins her own wool, and is a member of the Kedge Weavers Guild. 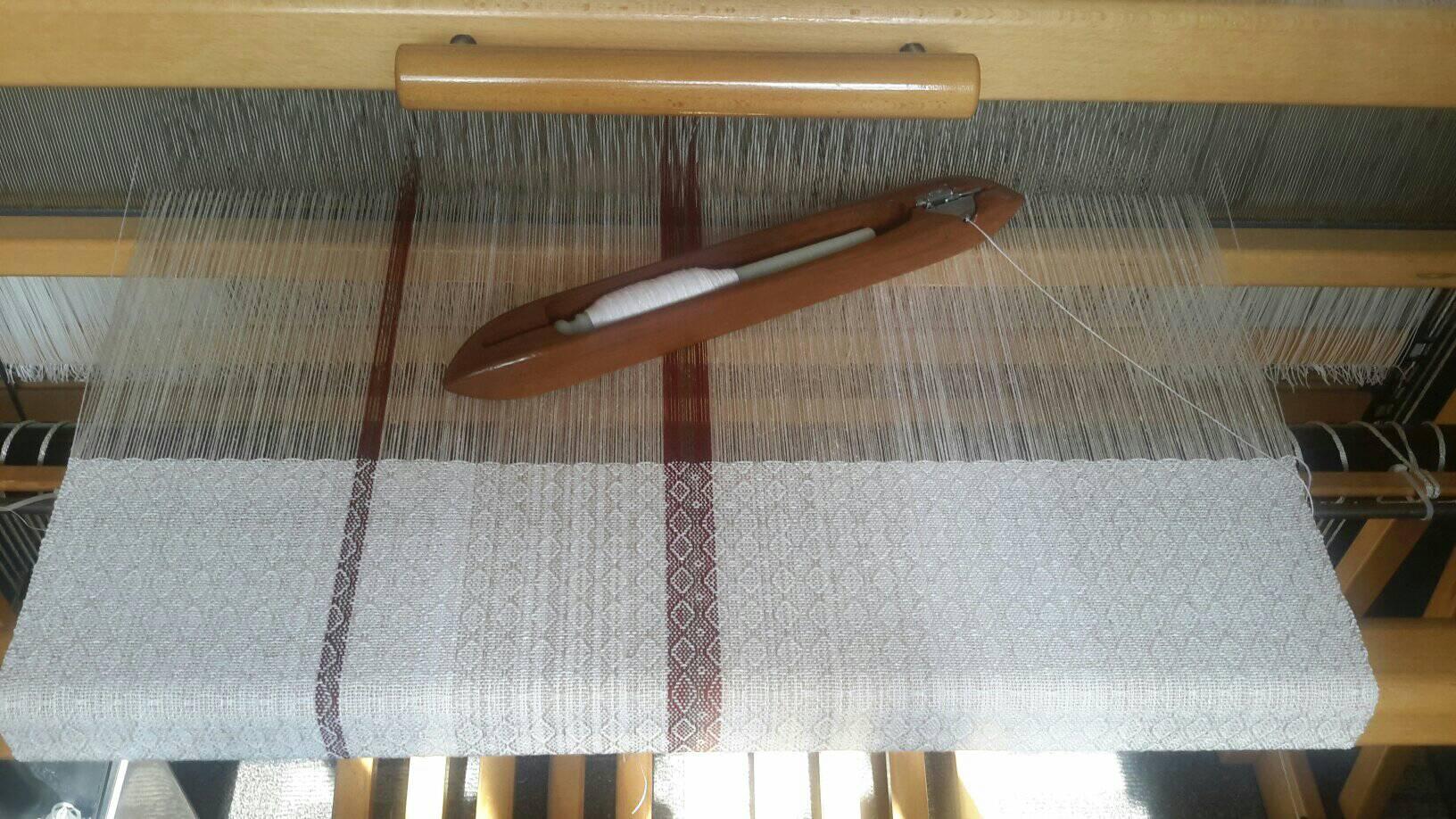 On the loom: a mixed weight and fibre of linen, cottolin and cotton from on-hand odds and ends, naturals and whites. This weft is bleached cottolin. Photo courtesy of Elizabeth Aulenback.

Her handspun wools also include a “secret ingredient” - dog hair!

Elizabeth began spinning shortly after she started weaving, and as a dog owner, she says incorporating dog hair into her pieces was inevitable. As any animal owner knows, no matter how hard you try, pet hair will wind up everywhere, so why not make the most of it?

“I blend the dog hair undercoat 50% with wool as dog hair does not have the little barbs that wool has that allow it to hold together,” she said.

In addition to spinning her own wool, Elizabeth also creates most of her own patterns for her projects. She says it requires a basic math ability, an artistic eye, and a knowledge of weave structures.

“I loved the entire process..the math required for planning, the physical elements required to get the warp onto the loom, the weaving itself and the finishing process. It is the perfect combination of math and art!” she said.

Shawls, cowls, scarves, and baby blankets are just some of the beautifully unique creations that Elizabeth makes. Perhaps our favourite piece is the Kamp Kloth. 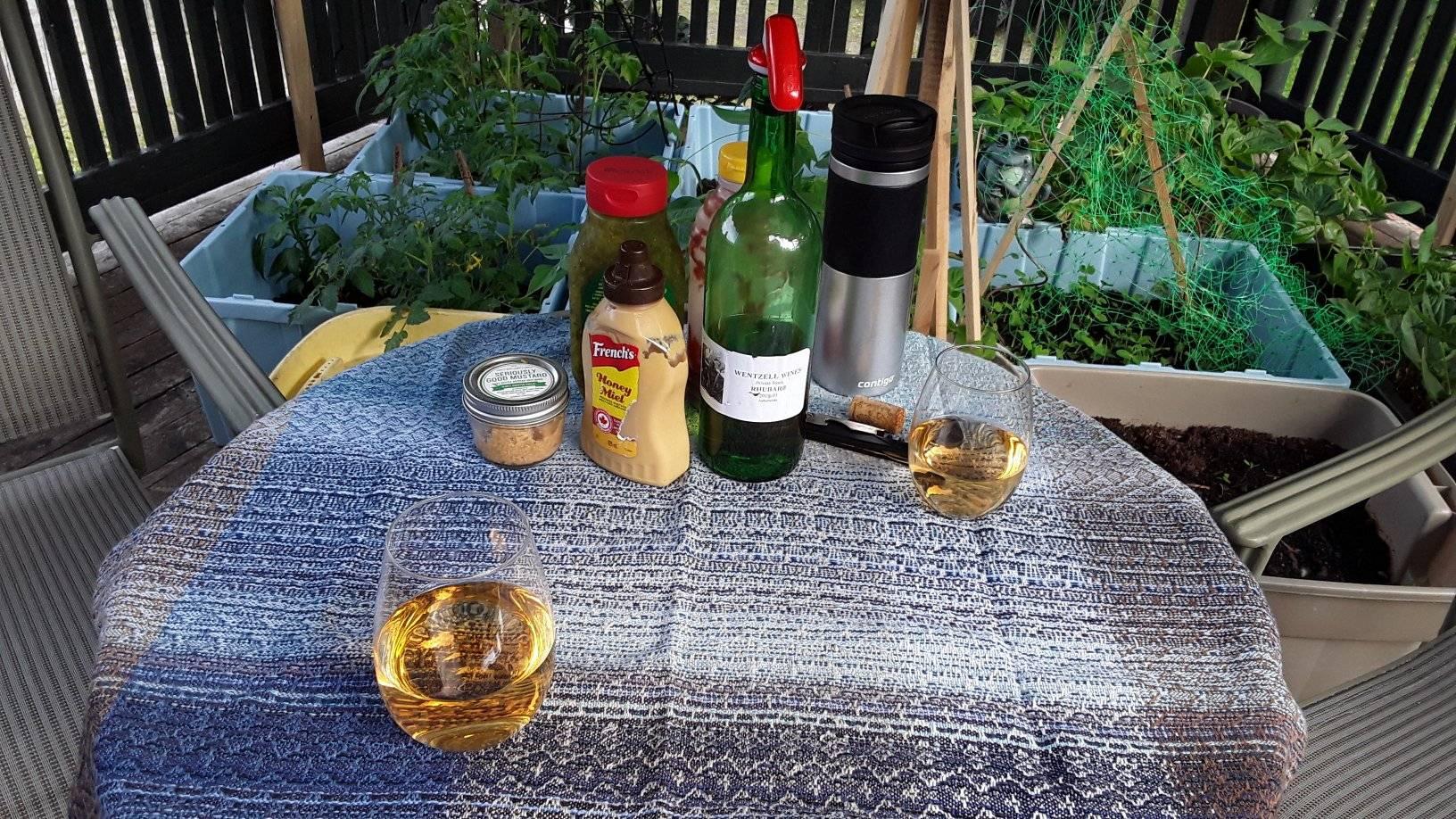 Elizabeth used this Kamp Kloth titled "2020 Blues" as a tablecloth for an outdoor dinner. Photo courtesy of Elizabeth Aulenback.

What is a Kamp Kloth, you may ask? They can be pretty much anything you want them to be, according to Elizabeth.

"Kamp Kloths began as nice large dish towels that are suitable for camping..large enough to hold a plate with one end and dry it with the other end, dark enough to not show the inevitable stains, absorbent enough to dry your entire day's dishes with one towel and heavy enough to double as a hand towel if needed. They have evolved to sometimes include lighter colours, into something to use also as a camper or picnic table double placemat, as a baby burp cloth, bib, change pad, as a table center cloth, as a short scarf...use your imagination."

Kamp Kloths are inspired by the stunning trails and nature at Kejimkujik National Park in Caledonia, Nova Scotia. In 2008, Elizabeth began regularly volunteering at Keji with the Blanding’s Turtle Recovery Team. After spending so much time at Keji, Elizabeth said it was a natural progression to begin donating 15% of her sales (less fees) from all Keji inspired wraps to the Friends of Keji Cooperating Association to be used in Keji Park for Species at Risk Projects.

You can see Elizabeth’s pieces for yourself occasionally at our in-person market as well as on our website. You can also visit Elizabeth’s Facebook page to order custom commissioned pieces and see what else she has to offer.

Subscribe to our weekly newsletter to always be in the know of when Elizabeth will be at the market!

Our online store is opens Mondays at 1 PM and accepts orders until Wedndesdays at midnight.