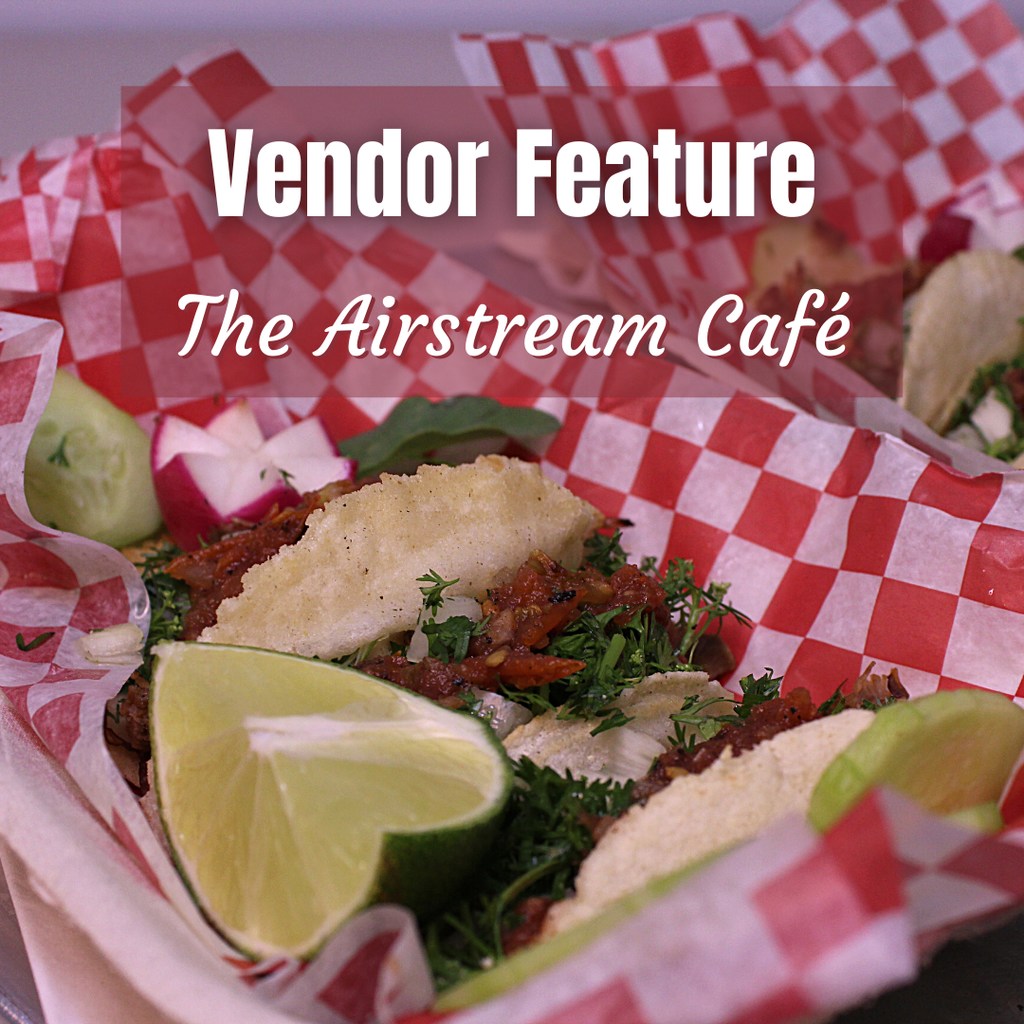 If you’ve visited the market before, you’ve probably seen the shiny silver Airstream trailer at the front of the market - and if you haven’t already grabbed a cup of coffee or a latte from them, you’re missing out.

Before coming across the Airstream trailer, Rita and Ross were using a small trailer to haul a fridge, generator, and other supplies to the market or location they were selling from. The process was a lot of work to set up and take down, so the duo looked for a food truck online. The Airstream trailer they found was almost brand new and was custom built as a commercial kitchen - it was a perfect match! The new trailer also allowed them to buy a Swiss coffee machine to improve their brewed coffee game. 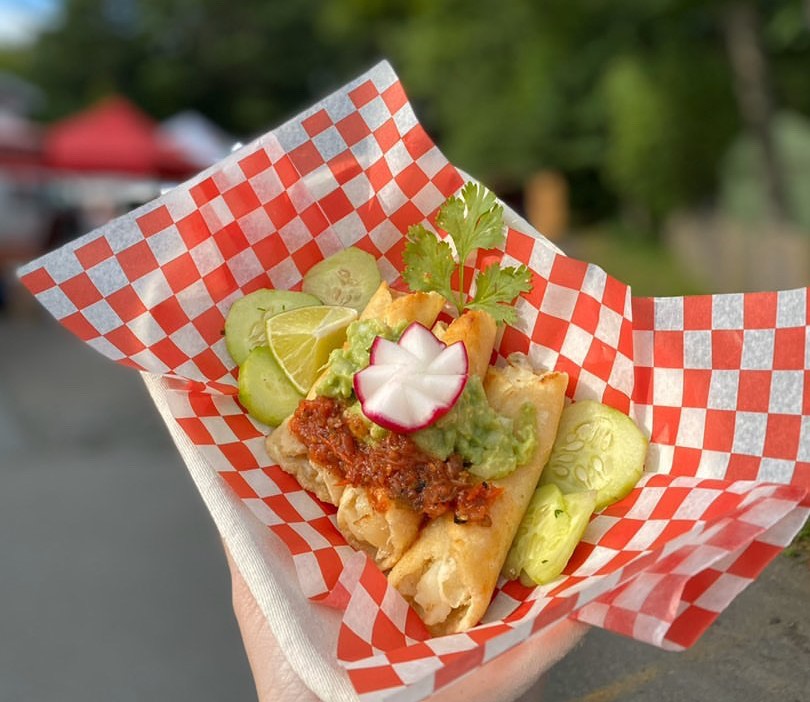 Their original menu consisted of sausages, homemade naan flatbread buns, sweet and savoury gluten-free crepes, flatbread pizzas, schnitzel sandwiches, sweet potato fries, and grilled egg sandwiches. Due to some unforeseen changes, Rita and Ross had to modify their menu this year. Thankfully, Ross’ sister, Marna, and her husband, Lombardo, moved here from Mexico last spring. They brought Lombardo’s fantastic family recipes with them, thus bringing traditional Mexican dishes such as beef tacos, flautas, and enfrijoladas to The Airstream Café’s menu. Their ‘Estellita’s Frijoles’ are named after Lombardo’s mom, who taught him all of these recipes.

The year before they officially opened as a café, Rita and Ross were selling waffles on a stick as a fundraiser for the South Shore Waldorf School. They work closely with volunteers from the school, whose goal is to provide independent, financially accessible, and inspiring learning experiences for all children. All profits raised by The Airstream Café are donated to support the operation of the school. 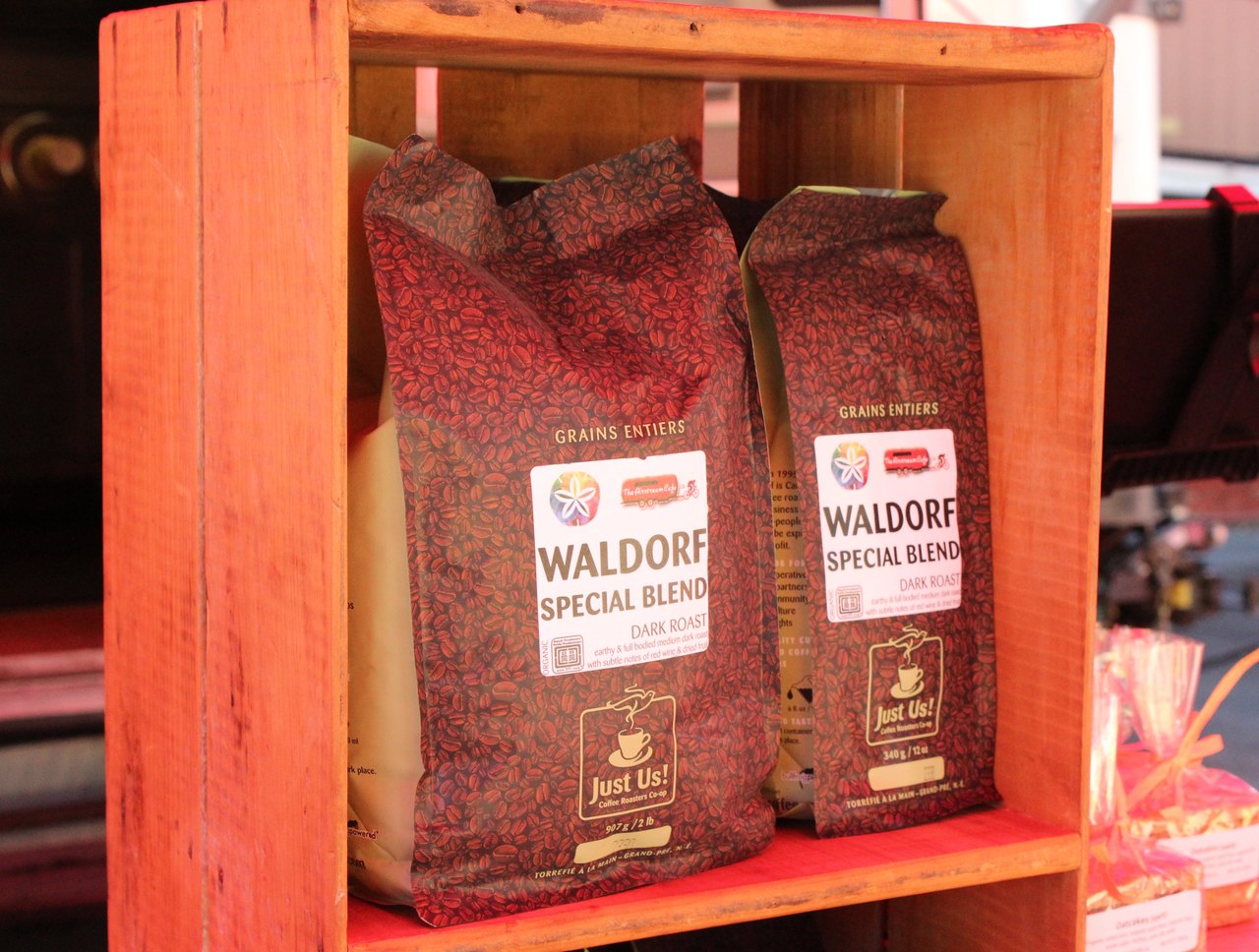 The Waldorf Special Blend coffee beans are from Just Us! coffee roasters co-op in Wolfville, NS.

The Airstream Café team takes pride in selling quality products. “We only use ingredients and make products that we would eat ourselves,” Rita said. All products are made with natural, organic, fair-trade, and locally sourced ingredients whenever possible, ensuring that the food you’re eating is ethical as well as delicious. The Airstream Café tries to reduce waste by using compostable and recyclable packaging, so you can dig into that taco guilt-free.

The Airstream Café is at the Bridgewater Farmers’ Market every Saturday. Stop by for a fresh cup of coffee and some homemade flautas!

Our online store is opens Mondays at 1 PM and accepts orders until Wedndesdays at midnight.